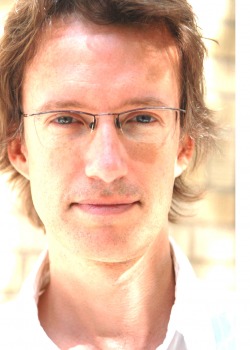 I recently earned a DMA from Stony Brook University, where I am focusing on improvisation. Over the past two years I have worked to integrate the strategies and techniques used in Dalcroze Education with my work as both a solo and ensemble performer of improvised music. Video of some recent concerts can be found here.

I am a pianist and clarinetist interested in both composition and improvisation. I have been trained in both jazz and classical, and often find myself somewhere in the middle of those two traditions. To explore these connections more deeply, I  created a  group called Loco Motors. This trio will explore the connections between the bal-musette music of turn-of-the-century France with tangos, polkas, and blues of Stravinsky, Milhaud and Copland played on clarinet, piano, violin, chromatic harmonica, melodica and guitar. We have played in a number of Brooklyn music spots such as Barbes, Cafe Moto, and St. Mazie. We'll be playing a concert of new arrangements at the Bloomingdale School of Music in the spring of 2013. To learn more about the band, click here.
My latest group project is called Loco Motors, which is my attempt to unite my performance and teaching lives. Loco Motors attempts to use improvisational techniques derived from my practice of Dalcroze Eurhythmics with players who both have and have not had Dalcroze experience. Though this project is still in its early developmental stages, I have performed with my colleague Bill Bauer at several Dalcroze conferences. This past spring, I expanded the group to include Steve Doyle on bass. I've posted some video from these events here. I hope to be able to announce more performances soon!


To learn more about both current and past projects, please visit my Wordpress blog here.